Score from Guantanamo (8-10 May 2014) was a set of performance instructions created for Clifford Owens’ work Anthology (2014):

“The work is called ‘Score From Guantanamo’. It is a game of chance and comprises a set of playing cards with 3 ‘suits’.

The first suit shows drawings of various body positions. These reference both life drawing and figurative sculpture as well as arrest and incarceration, since they are stress positions that allude to Abu Ghraib, Guantanamo and police arrest.

The second suit comprises various instructions to produce sound either with voice or body. Here I am informed by sounds from civil rights speeches, protest chants, demonstrations or physical struggle.

The third depict different parts of gallery or building architecture: a doorway, a corner, a pillar, a staircase, etc.

The player picks a card from each suit and combined, they tell the player what to perform. Besides this instruction, the rules are open. Cliff could choose to play the work on his own for a period of time as a solo performance. Play with others. Or use it to set a number of people off around the gallery or building so that lots of spaces are activated through performance at the same time.

The idea of chance not only alludes to John Cage and his idea that ‘everything is music’ and in this case for me ‘everything is art’. But it also refers to lived reality of how people (particularly Black and Asian men) are vicitmised and incarcerated randomly and arbitrarily, and how through preemptive law enforcement and the doctrine of the State of Exception, the human right to freedom the rule of law is being compromised.” 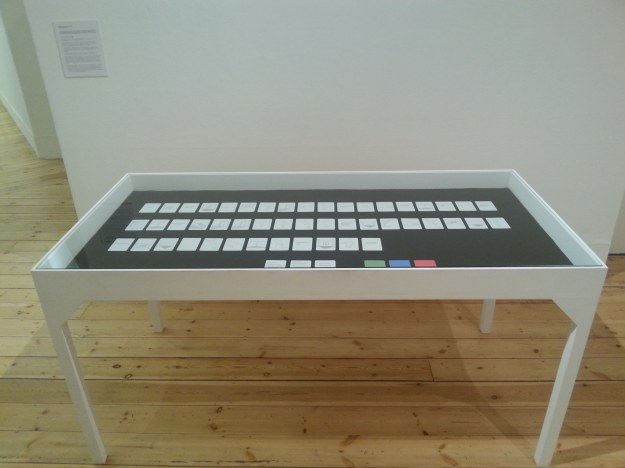